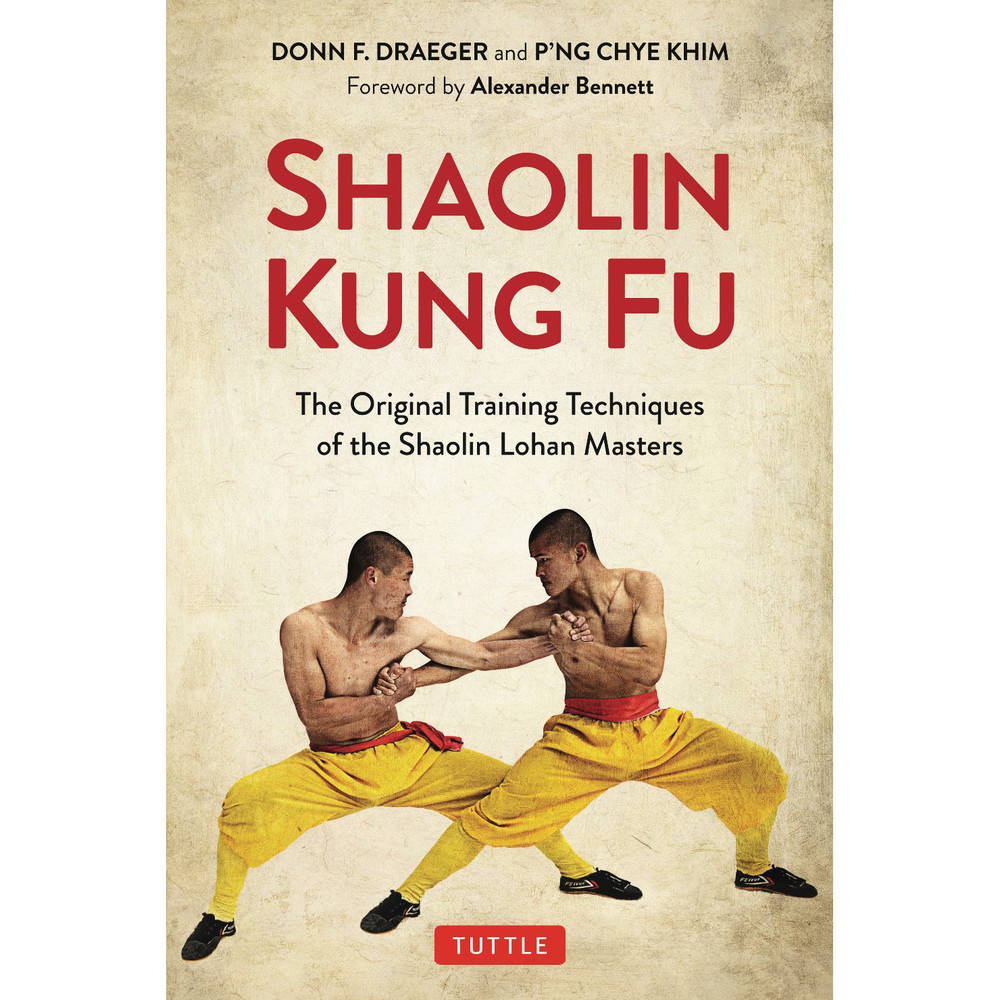 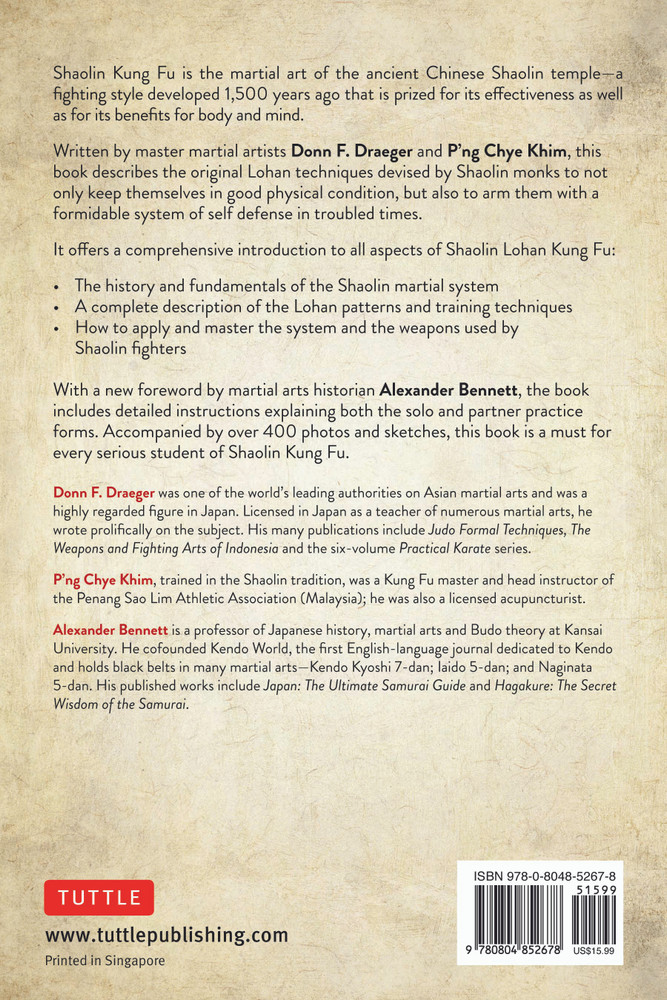 A comprehensive guide to Shaolin Lohan Kung Fu from both ancient and contemporary masters.

With a new foreword by historian and martial artist Alexander Bennett, Shaolin Kung Fu details the oldest form of this ancient Chinese martial art. Shaolin Kung Fu is prized for its elegant style, effectiveness as a fighting system and as an exercise that benefits both body and mind.

Authors Donn F. Draeger and P'ng Chye Khim, both master martial artists and Shaolin experts, focus on the Lohan technique--believed to have developed from a form devised at the legendary Shaolin Temple some 1,500 years ago. This comprehensive book offers a practical introduction, including:
This book is intended as a supplement to a dedicated training program and includes detailed instructions explaining both the solo and partner practice forms. Accompanied by over 400 photos and sketches, this excellent introduction to the Lohan form is a must-have for every serious student of Shaolin and Kung Fu.

Shaolin Kung Fu was intended to provide Buddhist monks in ancient China with an art that would not only act as an intense conditioning tool, but also arm them with a formidable system of self defense. Though the context for these skills has changed, modern readers can benefit from this method in much the same way as its original students.


About the Author:
Donn F. Draeger was one of the world's leading authorities on Asian martial arts and was a highly regarded figure in Japan. Licensed in Japan as a teacher of numerous martial arts, he wrote prolifically on the subject. His many publications include Judo Formal Techniques, The Weapons and Fighting Arts of Indonesia and the six-volume Practical Karate series.

P'ng Chye Khim trained in the Shaolin tradition, was a Kung-fu master and head instructor of the Penang Sao Lim Athletic Association (Malaysia); he was also a licensed acupuncturist.

Alexander Bennett is a professor of Japanese history, martial arts and Budo theory at Kansai University. He cofounded and publishes Kendo World, the first English-language journal dedicated to Kendo. He holds black belts in several martial arts--Kendo Kyoshi 7-dan, Iaido 5-dan and Naginata 5-dan. His published works include Hagakure: The Secret Wisdom of the Samurai, The Complete Musashi: The Book of Five Rings and Other Works and Bushido: The Samurai Code of Japan.