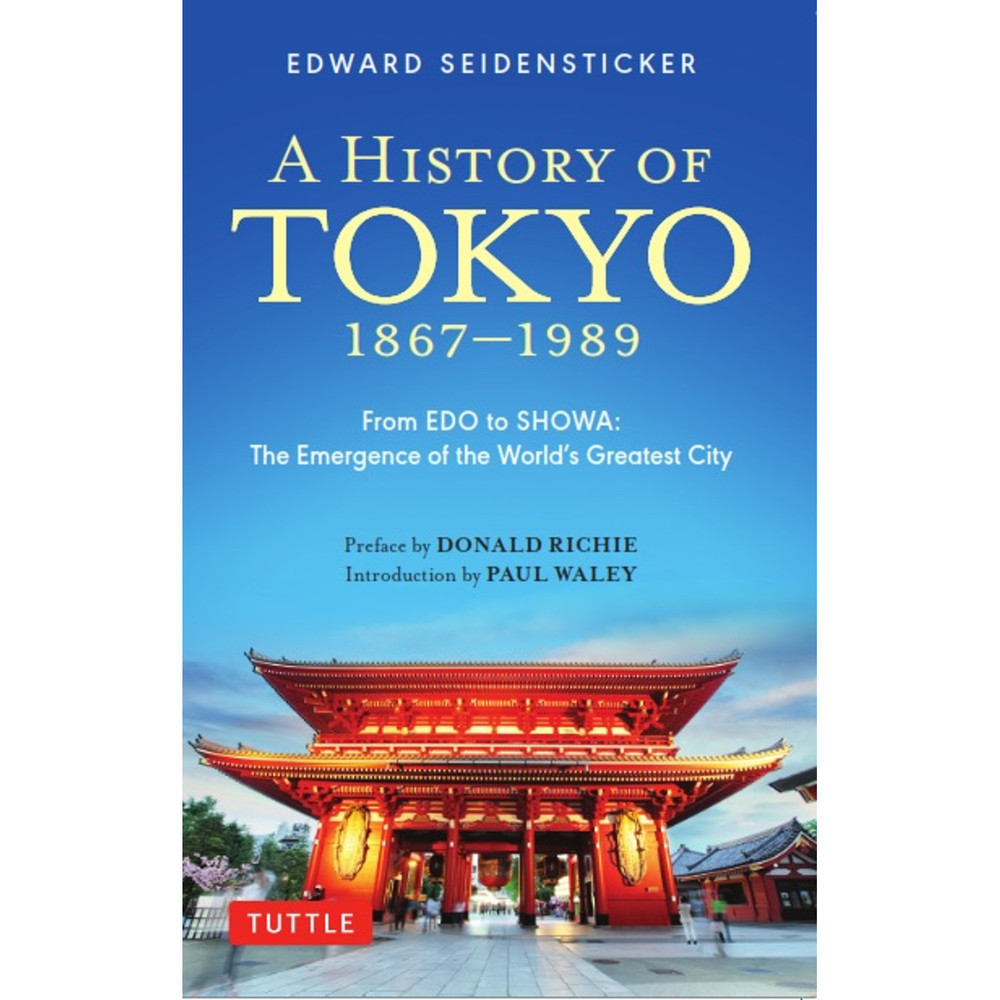 "This is a freaking great book and I highly recommend it…if you are passionate about the history of 'the world's greatest city,' this book is something you must have in your collection." --JapanThis.com

Edward Seidensticker's A History of Tokyo 1867-1989 tells the fascinating story of Tokyo's transformation from the Shogun's capital in an isolated Japan to the largest and the most modern city in the world. With the same scholarship and sparkling style that won him admiration as the foremost translator of great works of Japanese literature, Seidensticker offers the reader his brilliant vision of an entire society suddenly wrenched from an ancient feudal past into the modern world in a few short decades, and the enormous stresses and strains that this brought with it.

Originally published as two volumes, Seidensticker's masterful work is now available in a handy, single paperback volume. Whether you're a history buff or Tokyo-bound traveler looking to learn more, this insightful book offers a fascinating look at how the Tokyo that we know came to be.

This edition contains an introduction by Donald Richie, the acknowledged expert on Japanese culture who was a close personal friend of the author, and a preface by geographer Paul Waley that puts the book into perspective for modern readers.


About the Author:
Edward Seidensticker (1921-2007) was a distinguished translator and scholar who was responsible for introducing the works of a number of important modern Japanese novelists to the English-speaking world. At the time of the writing of this book, he was spending half of the year in New York where he was Professor of Japanese at Columbia University and half of the year in Tokyo. He is widely known for his translation of The Tale of Genji, which he described as "a labor of love"--it took almost 10 years to complete. He also wrote several nonfiction books about Japan and was awarded a National Book Award for his translation of The Sound of the Mountain in 1971.

Donald Richie (1924-2013) spent nearly sixty years witnessing and reporting on the transformation of Japan from its postwar devastation to a twenty-first century economic and cultural powerhouse.

Paul Waley is a geographer at the University of Leeds. He has written several books on Tokyo's history, social development, and its changing dynamics in contemporary Japan.