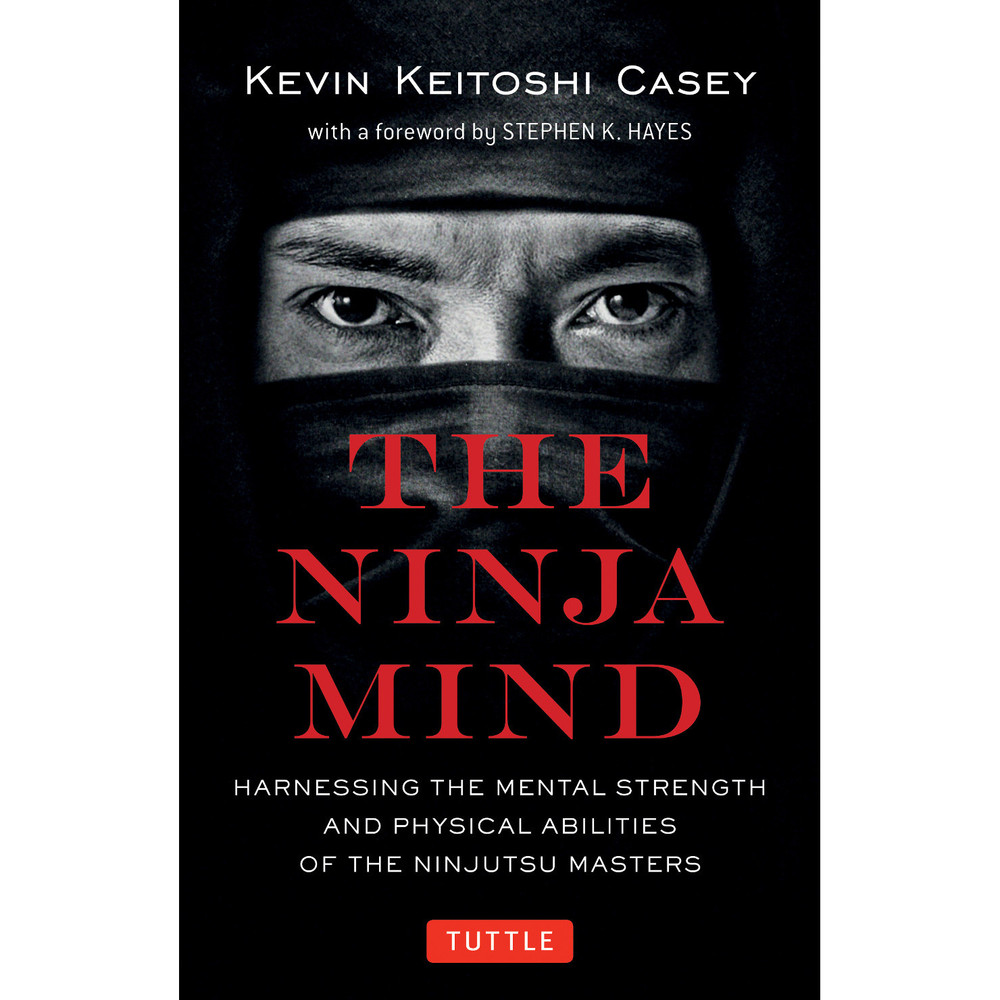 Enter the mind of one of ninjutsu's most renowned teachers and start your journey towards martial arts mastery!

The Ninja Mind documents Ninjutsu black belt Kevin Casey's journey toward mastery under the tutelage of Stephen K. Hayes, Black Belt Hall of Fame member and the "Father of American Ninjutsu." Casey vividly describes his successes and setbacks studying with his famous teacher--as well as his growing interest in the Ninja art of kuji-no-ho, the most specialized of traditional Ninja practices.

Combined with determination and discipline, Casey's techniques and exercises will guide you to embody a ninja mindset. Exercises such as 'The Unbendable Arm' and 'Manifesting Power' will develop your physical strength, while 'Walking as the Hero' will hone the mentality necessary to overcome any challenge.

Chapters in this ninjutsu guide include:
As Stephen K. Hayes states in his foreword to the book, "It is [Kevin Casey's] and my hope that you will be inspired to seek out such power in your own life. The journey towards grasping the needed lessons will not be easy; it will not be comfortable or quick…but it is worth it. We'd like to show you how."


About the Author:
Kevin Keitoshi Casey became a student of martial arts, Japanese Shugendo shamanism, and esoteric Vajrayana Buddhism under Stephen K. Hayes in 1998, receiving the lineage name Jikei as a Deshi disciple in the Blue Lotus Assembly and receiving his To-Shin Do warrior name Keitoshi and a san-dan third degree black belt in To-Shin Do in 2007. Researching new ways of thinking, he has studied six languages and visited 20 countries on four continents. Casey co-founded his own dojo, the Boulder Quest Center in Boulder, CO. He continues to study with his personal teacher, friend and mentor Stephen K. Hayes.

Stephen K. Hayes served as the Dalai Lama's personal protection escort and security advisor for many years. He was also the first American to be accepted as a personal student by Masaaki Hatsumi, the thirty-fourth master of the Togakure-ryu ninjutsu tradition. He is the author of 20 books which convey the timeless knowledge of the East in pragmatic lessons for contemporary Westerners including The Ninja Defense and The Ninja and Their Secret Fighting Art. He is a member of the Black Belt Hall of Fame and a recipient of the Martial Arts Industry Association (MAIA) Lifetime Achievement Award.