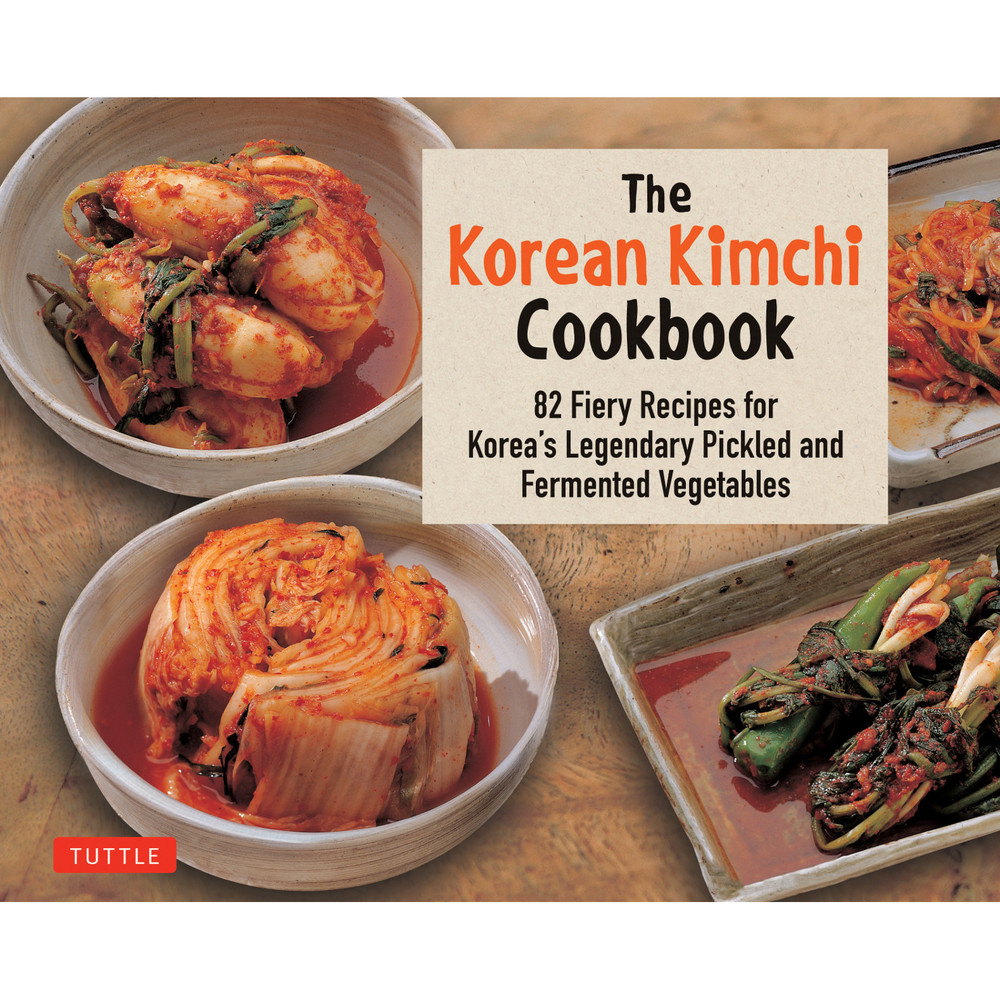 Kimchi is the newest star on the Asian culinary stage. These kimchi recipes are an appetizing way to add more vegetables with probiotics, vitamins, and enzymes to your healthy diet.

This delicious Korean superfood is tasty in a surprisingly tangy, spicy, and pungent way! The Korean Kimchi Cookbook is the first Korean cookbook in English to present Korean kimchi recipes in so many different forms. Learn about the alchemy of vegetable fermentation and its health benefits, which include healthy digestion, anti-aging results, lower cholesterol, and a stronger immune system.

The Korean Kimchi Cookbook features the extensive history and background information about Korean cuisine and the country's fascinating culture, and is perfect for vegans, vegetarians and omnivores alike!

There are 78 flavorful and easy-to-prepare recipes organized by season, including: This latest edition has been rewritten to make instructions more accessible for the home cook, with all spices, condiments, and vegetables easily found in any Western supermarket. Plus, all recipes are easy enough for anyone new to the world of fermentation--the combinations and possibilities are endless!

The recipes in this Korean cookbook represent what good food is about: health, quality, simplicity, and the balance of texture and flavor. Become a part of an ancient Korean tradition passed down through the years with The Korean Kimchi Cookbook!


About the Author:
Lee O-Young is a Doctor if Literature and a renowned literary critic. He has served as a director at the Ewha Womans University in the Semiotics Research Center, and has contributed articles and editorials to countless publications. From 1990-1991, he served as Korea's first Minister of Culture.

Lee Kyou-Tae is a journalist who has written over 100 books. In 1972 he received an Honorary Doctorate in Literature from the University of North Cholla Province.

Kim Man-Jo is a food industry consultant who has authored six books on the subject of kimchi. She has taught at the Seoul Womens University and Yonsei University, and is presently living in Indonesia where she is founder and CEO of The Sages Institute International, a school of culinary and pastry arts.