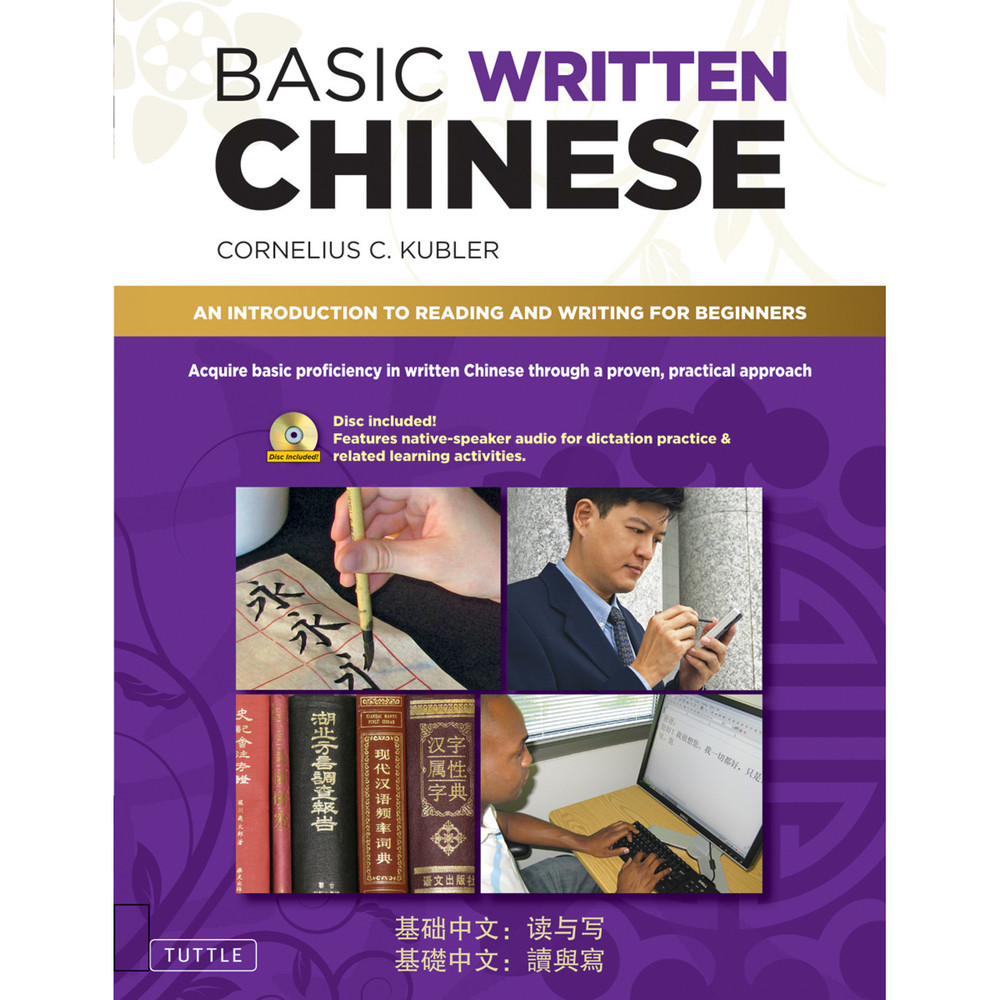 Downloadable ContentThis is a beginning-level course in written Chinese that employs a revolutionary new method designed to have you quickly reading and writing simple, connected Chinese sentences.

Along with its sister book Basic Spoken Chinese and their accompanying workbooks, Basic Written Chinese offers a complete introductory course to the written Chinese language. As a native English speaker, working hard to learn Chinese characters is not enough; you have to work smart to learn this very different language efficiently. No matter why you've chosen to learn Chinese—for business, travel, cultural studies or another goal—the Basic Chinese approach of two separate but integrated tracks in spoken and written Chinese will help you learn this language most efficiently and successfully.

Basic Written Chinese is designed so it can be used in a class with an instructor or by independent learners working on their own.The accompanying MP3 audio CD includes:Available separately, Basic Written Chinese Practice Essentials is the companion workbook for Basic Written Chinese. This practical guide includes a broad range of drills and exercises designed to dramatically enhance your proficiency in reading and writing Chinese. While designed for use with the companion textbook, it can be used together with any Chinese textbook or teaching program to hone your Chinese reading and writing language skills.