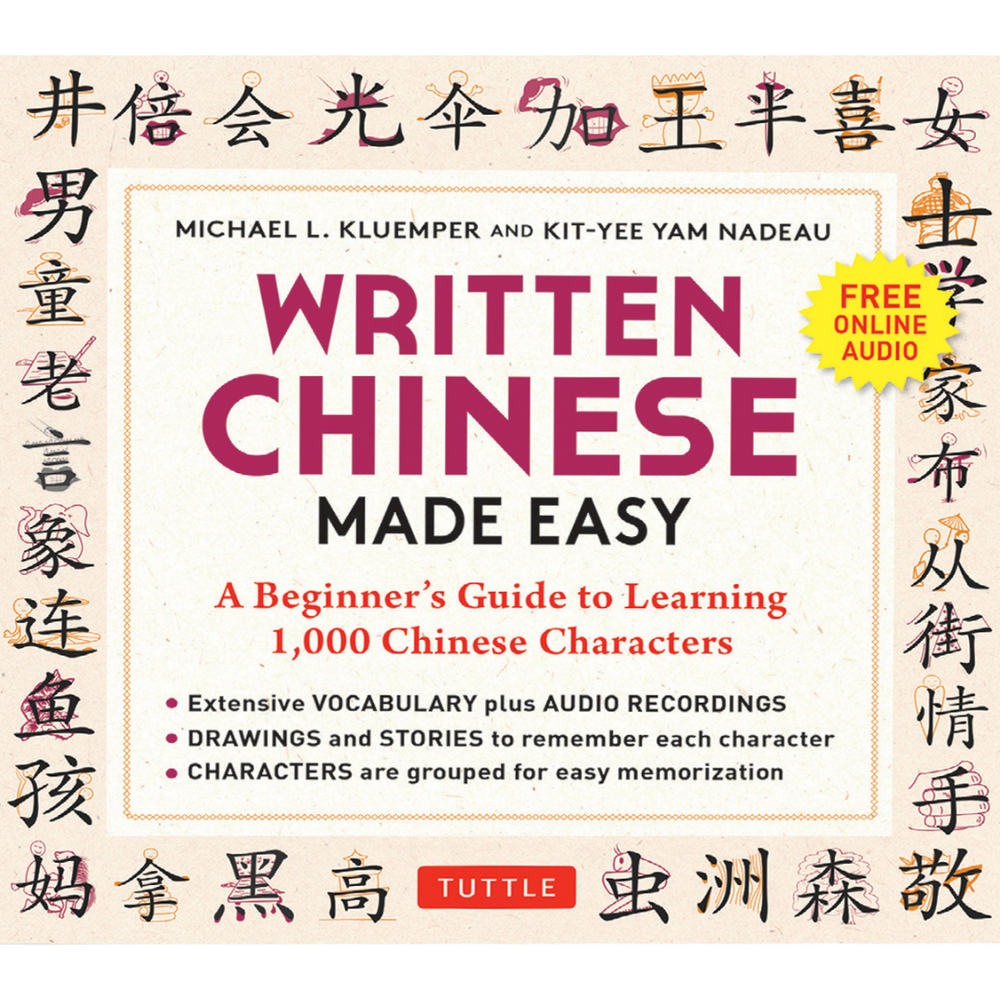 Chinese is the oldest continuously-used writing system in the world, and also one of the most complicated. Written Chinese Made Easy presents the 1,000 most common characters and associates each one with a visual and verbal clue to help you remember it.

By associating a character's meaning with a simple sketch, learners develop an additional layer of context. Presented in groups or clusters that share common elements and meanings, the characters become easy to distinguish from one another. Highly visual, this book is a powerful language learning tool for serious students as well as general readers who wish to understand the Chinese writing system.


About the Author:
Michael L. Kluemper was a JET Program participant from 1990-1993 and has been teaching about Japanese language and culture since then. As a board member of the National Council of Japanese Language Teachers from 2001-08, Kluemper served on national task forces for the implementation of the Japanese AP course, National Board Certification for teachers, and various advocacy campaigns. He now teaches Japanese at Ballard High School in Louisville, KY.

Kit-Yee Yam Nadeau is currently an elementary school teacher of Mandarin in Louisville Kentucky. A native Cantonese speaker, born and raised in Hong Kong during the British rule she started her English education at a very young age. Along with her native Cantonese and English, she also studied Mandarin, the universal language of China and Chinese culture. After moving to the USA, she taught Mandarin at a local Chinese society's weekend school for children. This led to her being asked to teach in the public school system. There she designed curriculum and participated in textbook development workshops in the USA and China. Kit carries on her Chinese traditions as an accomplished student of traditional Tai Chi, Tai Chi Fan, and Tai Chi Sword. She enjoys mahjong and Chinese cooking in her spare time.