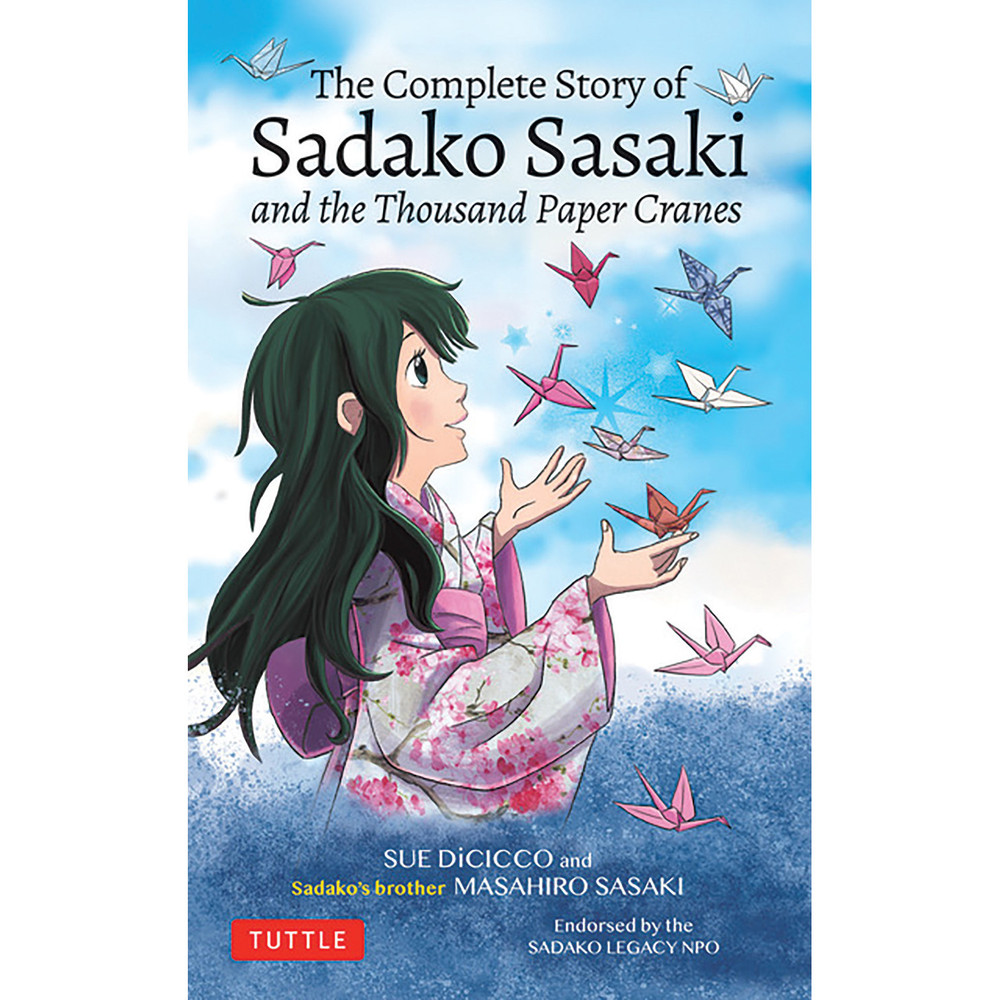 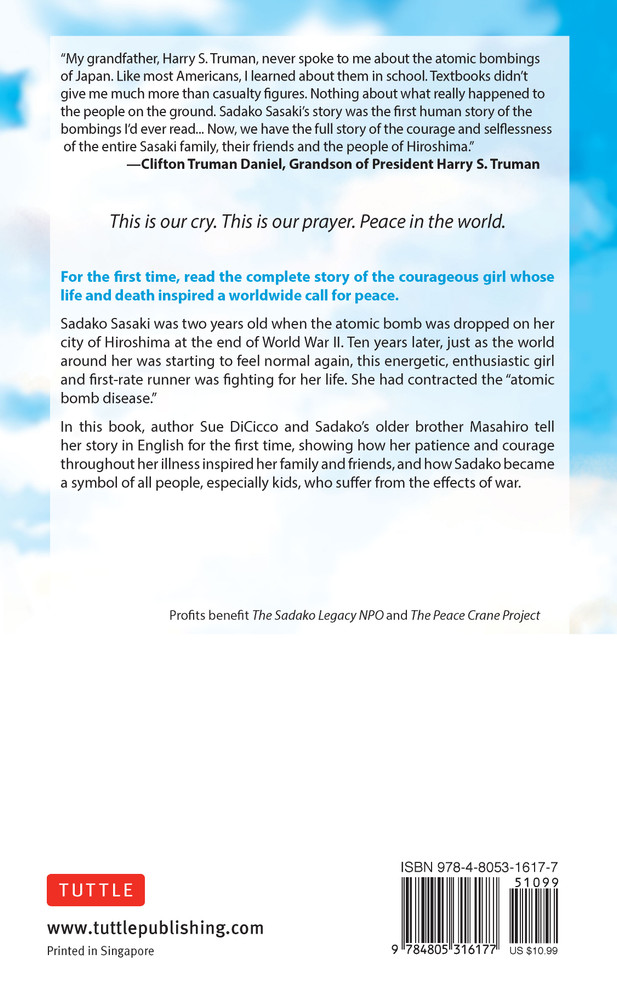 For the first time, middle readers can learn the complete story of the courageous girl whose life, which ended through the effects of war, inspired a worldwide call for peace.

In this book, author Sue DiCicco and Sadako's older brother Masahiro tell her complete story in English for the first time--how Sadako's courage throughout her illness inspired family and friends, and how she became a symbol of all people, especially children, who suffer from the impact of war. Her life and her death carry a message: we must have a wholehearted desire for peace and be willing to work together to achieve it.

Sadako Sasaki was two years old when the atomic bomb was dropped on her city of Hiroshima at the end of World War II. Ten years later, just as life was starting to feel almost normal again, this athletic and enthusiastic girl was fighting a war of a different kind. One of many children affected by the bomb, she had contracted leukemia. Patient and determined, Sadako set herself the task of folding 1000 paper cranes in the hope that her wish to be made well again would be granted.

Illustrations and personal family photos give a glimpse into Sadako's life and the horrors of war. Proceeds from this book are shared equally between The Sadako Legacy NPO and The Peace Crane Project.


About the Author:
Sue DiCicco was one of Disney's first women animators, and is a sculptor and prolific author and illustrator of children's books. An early pioneer of the Internet, she designed and crafted the first online schoolhouse, serving up to 300,000 per event in the 1990s. As part of her desire to creatively connect students from all parts of the world, she founded the Peace Crane Project in 2012 (www.peacecraneproject.org). Today, Sue speaks globally, inviting listeners to explore the potential of the Internet to connect students in creating a more understanding, educated, integrated, and peaceful future. She lives in Santa Barbara, California.

Masahiro Sasaki has been a peace activist since his teens. Since 2000 he has dedicated himself to sharing Sadako's true story and bearing witness to the plight of all atomic war survivors in the world. He was the first non-American to receive the Spirit of America Award from the National Council for the Social Studies. In 2009 he established The Sadako Legacy, a nonprofit organization. He has donated Sadako's cranes to venues all over the world. Today, he lectures globally and promotes activities to connect people for peace. He lives in Fukuoka, Japan.